Can Vaping Cause Cancer?

Vaping is the inhalation of vaporized liquid, which is now gaining popularity as an alternative to smoking.

Some manufacturers claim that vaping is a completely safe substitute for smoking. However, recent studies demonstrate that this is not the case. Apparently, even the use of liquids that do not contain nicotine can have some negative effects on the human body.

What are the effects of vaping?

Nicotine-free vaping really helps to combat smoking, eliminates the addiction and side effects associated with nicotine. However, it can cause negative consequences. 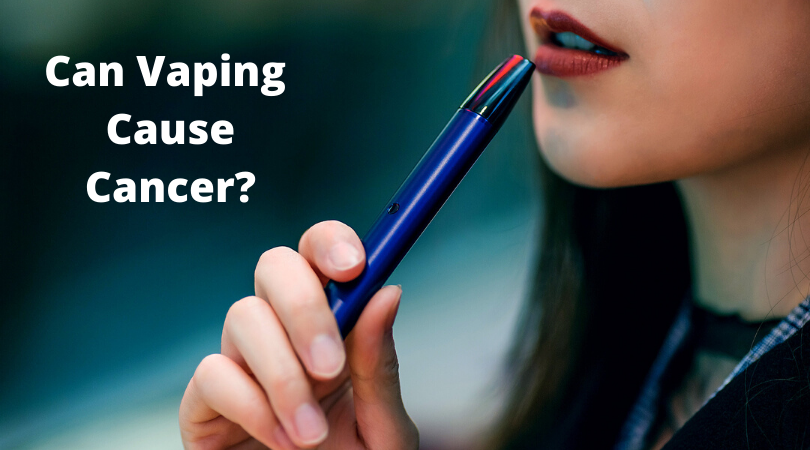 Some of the vaping mixtures’ ingredients can have a toxic effect on the human body. So, in 2015, a study showed that heating propylene glycol and glycerol create substances that can form formaldehyde. This compound belongs to carcinogens of group 1, that is, it can cause cancer of the throat or other organs. But remember when vaping, formaldehyde is synthesized in small quantities, which are unlikely to provoke the development of malignant pathologies.

In a study of the vaping effect on adolescent health, it was proved that it is safer than cigarette smoking. Nevertheless, in the urine of the test subjects, increased content of toxins was revealed: nitrile of acrylic acid, acrolein, propylene oxide, acrylamide, crotonaldehyde.

Irritation of the lungs and throat

Mixtures for vaping cause short-term irritation of the mucous membranes of the lungs and larynx, which is sometimes called a “blow to the throat”. There is not enough information about the dangers and long-term consequences of this effect.

A study in 2018 showed that some flavorings in vape mixtures can provoke inflammation in artificially grown lung cell cultures. Theoretically, in humans, such inflammatory lesions can lead to scarring, one of the risk factors for developing tumors. In other words, giving up vape can be important for lung cancer prevention.

Scientists from the University of New York studied the effect of vaping on living organisms and found out that it can cause lung cancer. The study was conducted on mice and so far does not prove that electronic cigarettes can lead to similar consequences in humans. However, this is the first such analysis, which traces the relationship between vaping and cancer.

How was the research conducted?

The study was supported by the US National Institute of Health. For 54 weeks, scientists exposed 40 mice with vapor from electronic nicotine cigarettes. The amount of steam was about the same as a person consumes for 3 to 6 years of vaping.

As a result, 22.5% of mice developed lung cancer, in 57.5% – precancerous lesions of the bladder. At the same time, 20 mice were exposed to steam without nicotine, no one developed oncological diseases.

There were limitations to the study: first, the mice did not inhale the vapors not as deeply as humans usually do; and secondly, the experiment was conducted on animals with a greater likelihood of developing cancer. However, scientists are inclined to believe that electronic cigarettes can be just as harmful to humans. At the same time, they predict that a thorough study of the vaping effect on the human body will require more than one decade.