Can Tattoos Cause Skin Cancer?

Earlier the tattoo was considered a symbol of sailors, bikers and repeat offenders, now it is a common attribute of a modern person’s style. Shamrocks, cats, university emblems, intricate ancient symbols – all these can be seen on the skin very often. Can tattoos provoke malignant tumors on the skin? 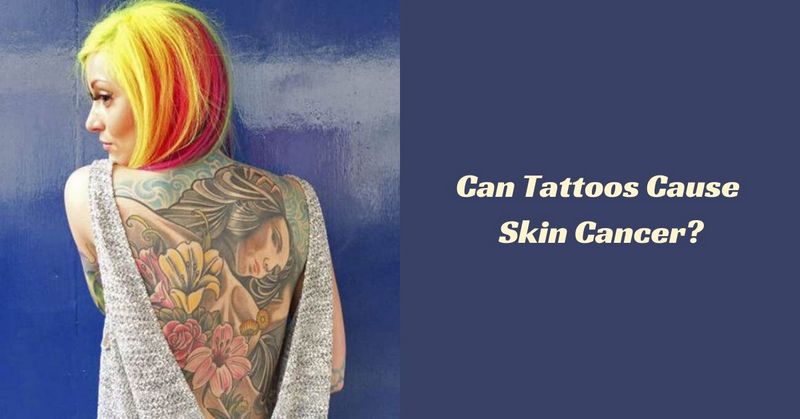 The researchers did not come to a consensus on this issue. Dermatologists conduct long-term observations of people whose skin is decorated with tattoos. And the experts’ opinions on the results of the experiments were divided into two camps. So, the results of research by the Society of Oncologists for the diagnosis of skin cancer confirm that tattoos are not related to risk factors. In addition to heredity, provoking and predisposing factors include frequent sunburn, belonging to a certain skin phototype (first and second), immunodeficiency, red hair color, the presence of precancerous lesions and a large number of moles.

According to the results of research by colleagues from the University of Bradford (UK), the main danger lies in the ink, which the masters use to tattoo clients. Scientists have determined that 13 out of 21 types of inks contain carcinogens that can trigger the development of malignant tumors. Red, green, blue and black inks are especially dangerous. Experts also note that over time, the likelihood of developing cancers on the skin increases.

Contraindications for tattoos are heart disease, allergies, systemic and skin diseases, pregnancy. It is strictly forbidden to get tattoos in the area of ​​moles or near them. The image will hide changes in the skin that cannot be seen even with the most careful examination. Otherwise, everyone is free to make their own choices and decide for themselves whether to get a tattoo or not.

If you decide to get a tattoo, you should make sure that all moles are completely visible. And remember, if melanoma is detected and removed at an early stage, this in many cases can mean a complete cure. But with further development, melanoma becomes fatal, which means that everything that delays the detection of the onset of the disease can be extremely dangerous.

Other, less rare risks associated with tattoos can be allergic reactions to certain types of ink, as well as infections that can get into the skin immediately after applying the tattoo. Such symptoms are treatable with antibiotics.

Now let’s talk about removing unwanted tattoos from your body.

In general, tattoo removal is an extremely safe procedure and does not carry significant risks. Usually, tattoos are removed using a laser. It destroys ink to such an extent that the immune system itself can rid the body of foreign substances. However, there were cases of hypopigmentation (loss of color) and hyperpigmentation (darkening) of the skin at the site of the removed tattoo. There is also the possibility of scarring if the wrong lasers are used to remove the tattoo. For example, the ink used to apply permanent makeup (for example, eyebrow line correction) sometimes gives a darker shade when removed with a laser. This is due to the fact that some inks contain iron that responds to the laser. Therefore, it is important to first test a small area of ​​the tattoo to look at the skin reaction, and then proceed to remove the rest. But this aspect is also in no way connected with oncology.